Use coupon code “TMAC” for discount on digital download and streaming of TANGO MACBETH available at VHX.TV.

Films about rehearsals rarely have the intensity of TANGO MACBETH, directed by Nadine Patterson. The blood, sweat and tears of the creation process are on full display. The work is an intricate puzzle: a play, within a documentary, within a narrative framework. During the two hottest weeks of the year, the cast and crew endure 100 degree heat while rehearsing and shooting Macbeth in the 100 year old Plays and Players Theater in Philadelphia. An upscale reality television format mixed with surreal black and white interpretations of dramatic action, cause the viewer to rethink their notions of ‘play’, ‘documentary’, ‘casting’ and the filmmaking process. This film is great for lovers of Shakespeare and for people unfamiliar with his work. The soundtrack, set design, costume and casting reflect African, Asian, Latin American, and European cultures. The multi-ethnic cast and crew create an earthy visceral interpretation of the text, which opens up the work for all audiences. 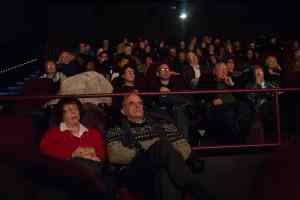 One thought on “Multicultural Macbeth”